There was an electric atmosphere last week as we held an event for Ma’amid HaSiyumim. This is a program that awards certificates to bochurim for various forms of accomplishment including completing the entire mesechta that the yeshiva is learning and preparing material for ten chaburos on sugiyos studied at the yeshiva.

11 bochurim made a siyum on Yevamos and another 11 achieved maslulim in other areas such as chazoros, hasmodo, and tefillos.

The bochurim also will be going on tiyul in continued celebration of their achievements.

Also, during the last week of zman we held a Friday night oneg with Rabbis Brodie and Zachariash and a Moztzei Shabbos Melave Malka with pizza and song. 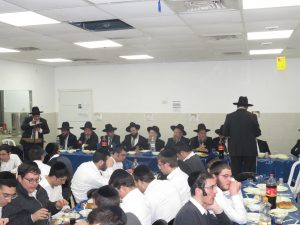 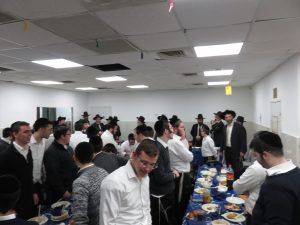